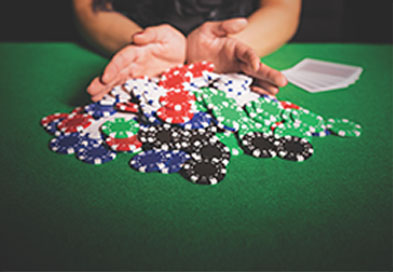 In his 2017 letter to Berkshire Hathaway shareholders, he strongly endorsed the case for low-fee indexing not just as the best approach for individual investors, but also for institutional investors.

On pages 21-25 of the letter, Buffett described “The Bet,” which was originally posted on the Long Bets website (longbets.org/362/).  Here is Buffett’s argument from the original bet:

Over a ten-year period commencing on January 1, 2008, and ending on December 31, 2017, the S&P 500 will outperform a portfolio of funds of hedge funds, when performance is measured on a basis net of fees, costs and expenses.

A lot of very smart people set out to do better than average in securities markets.  Call them active investors.

Costs skyrocket when large annual fees, large performance fees, and active trading costs are all added to the active investor’s equation.  Funds of hedge funds accentuate this cost problem because their fees are superimposed on the large fees charged by the hedge funds in which the funds of funds are invested.

A number of smart people are involved in running hedge funds.  But to a great extent their efforts are self-neutralizing, and their IQs will not overcome the costs they impose on investors.  Investors, on average and over time, will do better with a low-cost index fund than with a group of funds of funds.

After a long period of silence, someone finally accepted Buffett’s $1 million wager:  Ted Seides, a co-manager of Protégé Partners.  Protégé is a fund of funds, and Mr. Seides selected five funds of funds for his side of the bet to compete against an S&P 500 index fund.

Here are the results for the first nine years of the 10-year bet.

Over these nine years, the 85.4% cumulative return of the S&P 500 index fund was equivalent to a 7.1% compounded rate of return—even with the horrific -37% return in 2008, when each fund of funds did comparatively better but still experienced losses.

During the same nine-year period (through 2016), the average of the five funds of funds delivered a compound annual return of only 2.2%.

By way of explanation, here are a few select quotes from Buffett’s 2017 letter. Consider these timeless lessons from America’s most admired investor:

Warren Buffett is one of those rare, gifted individuals who has consistently outperformed the market over a very long time. He’s an extreme outlier—probably the greatest investor of all time. In fact, his outperformance is just silly. Over the 52 years that Buffett has been managing Berkshire (1965-2016), the compounded annual rate of return of Berkshire’s book value and market have been 19.0% and 20.8%, respectively, compared to the S&P 500’s 9.7% compounded annual gain. On an aggregate basis, the returns are an 884,319% increase in book value and a 1,972,595% increase in market value, compared to a mere 12,717% increase for the S&P 500 index (total return, including dividends).

There are others with admirable long-term records of outperformance: John Templeton, Peter Lynch and Seth Klarman, to name a few. And there are pockets of inefficiency and anomalies that can be exploited by niche strategies and nimble managers. So beating the market consistently over long time periods is possible, but it is also exceedingly difficult and therefore improbable.

Leon Festinger’s 1957 theory of cognitive dissonance focuses on how human beings strive for internal consistency. Cognitive dissonance is the mental stress or discomfort experienced by a person who simultaneously holds two or more contradictory beliefs, ideas or values. Despite overwhelming logical and empirical evidence as to why active management in the aggregate must always underperform passive management on an after-fee basis (as, in fact, it has), many investors—particularly those of the institutional variety—act in a manner that is inconsistent with their intelligence. Don’t take the bait.