Dividends tend to get short shrift these days. They are almost an afterthought to the capital appreciation potential of common stocks.   And unfairly so, since, as of recently, the dividend yield of the S&P 500 exceeds the 10-year Treasury yield by nearly 50 basis points. (See recent related blog: “Exercise the Free Dividend Option”.)

Now that the fourth quarter earnings season is officially over, it’s a good time to take a deeper dive to explore the growth story that is dividends and the relevance to investors.

The chart from FactSet below provides a 10-year perspective on both the dividends being paid as well as the number of S&P 500 companies paying them. 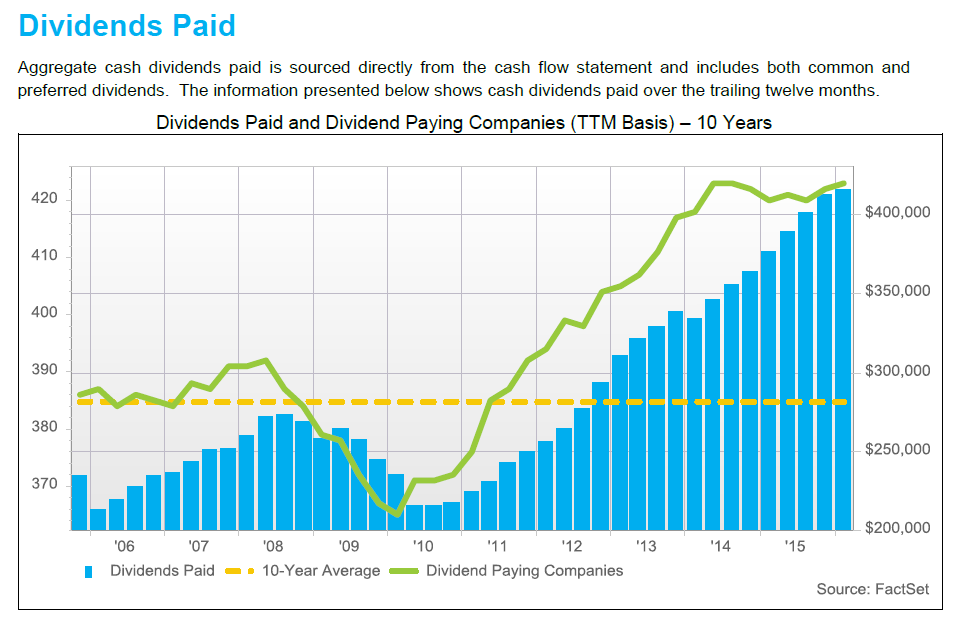 Income statements took a hit during the Great Recession. Companies shored up their balance sheets by preserving cash and cutting back on dividend payments. Since a bottoming in 2010, dividend payments (on a TTM basis) have nearly doubled, and are now nearly 50% higher than the 10-year average.

As the chart below illustrates, the S&P 500 dividend has grown from about $3.73 per share in 1975 to the most recent TTM level of $43.30—a 12x increase, or just over 1,050%. More importantly, dividends have increased at a compounded growth rate of about 6%, or about double the rate of inflation over the same period. And therein lies the real beauty of dividends: Unlike Treasurys, which provide income only (and most of which, at current yields, is now wiped out by inflation), common stocks have historically generated income and growth in that income, resulting in the preservation and growth of purchasing power over time. 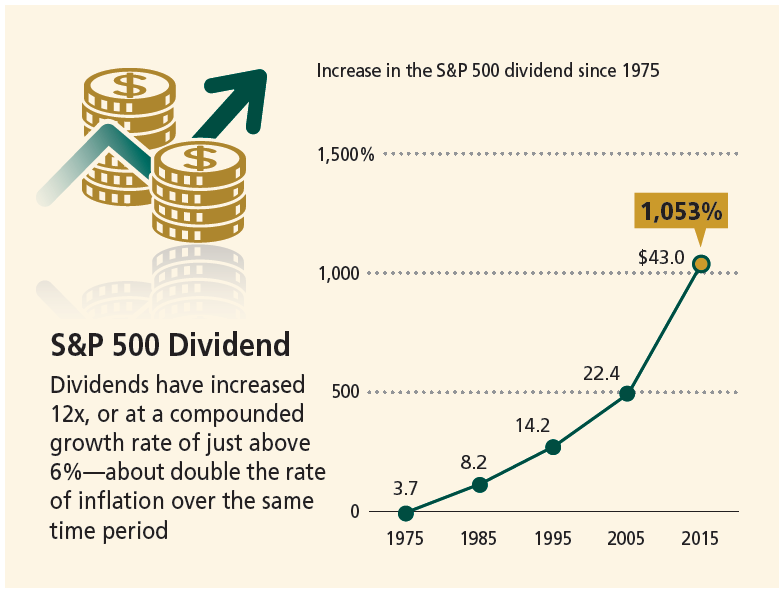