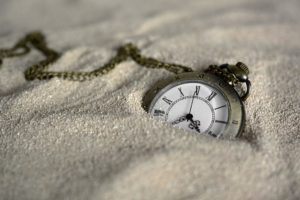 “We do not have, never have had, and never will have an opinion about where the stock market, interest rates or business activity will be a year from now.”

The story of personal finance can be summarized in four words:  Most wounds are self-inflicted.

One of the worst sins is trying to time the market.  If there were no major and lasting consequences, we could simply categorize this behavior as folly.  But since the penalties are permanent and can ruin a person’s financial well-being in retirement, we must label the behavior what it really is:  deadly.  Still, this behavior is pervasive and always will be—because we’re human.

On March 8, 2019, the bull market turned 10 years old, with the S&P 500 climbing more than 305% since hitting its financial crisis low on March 9, 2009.  The index’s 500 total return over this period was 400.1%, or an astonishing 17.5% per year.  However, if you missed the 20 best percentage gain days over the 10-year bull run (i.e., 20 days in total, not 20 days per year), the annual gain was cut in half to 8.6%.  Timing the market successfully is impossible because returns are often concentrated in very short time frames.  If you aren’t invested in the market on its top days, you miss out, and your returns are decimated.

Much has been written about this subject, yet it remains an abstraction even for experienced investors.  We’ll explore it from several angles in an attempt to simplify and enlighten.

Let’s start with the basics:  Since 1926, after adjusting for an annual inflation rate of about 3%, large-cap equities have delivered a 7% real return compared to 3% for bonds—more than double.

Why are stocks returns so much higher than bond returns?  Because there is a perception that stocks are likely to incur infrequent but catastrophic “losses,” the market prices them to include a premium for that risk.

But volatility and risk are two totally different concepts.  Think about volatility as short-term fluctuations, whereas risk is properly defined as the permanent loss of capital and/or purchasing power over time.

The catastrophic event in equities is a bear market, defined as a 20% decline from a peak stock index closing price.  There have been 10 such events for the S&P 500 index since the end of World War II, or an average of about one every seven years, with an average, and temporary, decline of about 35%.  But equities are a good investment because they go down temporarily and up permanently.

Timing the market successfully is impossible because returns are often concentrated in very short time frames.  If you aren’t invested in the market on its top days, your long-term return returns will suffer enormously.

As noted earlier, during the 2,517 trading days over the entire 10-year bull period, the S&P 500 total return was 17.5% per year.  Had you missed just the 10 best percentage gain days in this period (i.e., 10 days in total, not 10 days per year), your annual total return would have dropped to 12.1%.  Missing just the top 20 days in the entire period would have cut the total annual return in half to 8.6%.  And missing the top 50 days would have decreased the annual total return to a mere 0.7%.  The chart below illustrates the incremental damage.

But the numbers in the chart are hypothetical, so let’s examine the real-world experience of actual mutual fund investors.  Since 1994, DALBAR, Inc. has published an annual report that measures the effects of investor decisions to buy, sell and switch into and out of mutual funds over short- and long-term time frames.

When stocks get pummeled, our reptilian brain, the oldest of the three human brain parts, triggers a primal “flee” instinct.  We succumb to psychological traps, act irrationally, buy and sell at exactly the wrong times, and then experience underperformance—or worse.

The evidence:  Based on DALBAR data, the three months with the most acute investor underperformance since 1989 correspond precisely with the three periods of maximum pessimism and panic in the financial markets: the Great Financial Crisis of 2008 (-7.4%), the Dot-Com Bust of 2000 (-6.1%) and Black Monday in 1987 (-5.3%).

Countless experts have tried—and failed—to predict or time the markets.  To capture 100% of the long-term return of equities, investors must be in the market at all times.  This means experiencing 100% of the short-term volatility.  In short, you must train your brain to think in terms of decades—not days.  Time is the only effective antidote to volatility.

Despite the fact that most investors are planning for multidecade retirement periods, or even for multigenerational goals, they still check stock prices and their portfolios too frequently—even daily.  How can this ever make any sense?

Anchoring is a cognitive bias that describes the human tendency to rely too heavily on the first piece of information offered when making decisions, such as daily stock price movements.  To be a successful investor, you must begin by anchoring on the right time horizon:  decades.