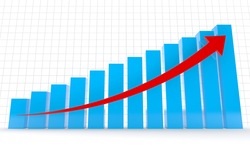 Let’s assume you’re an investor whose primary goal is to generate steady income for the next 30 years—a typical retirement period.  You want to live entirely off the income generated by your portfolio, and your only investment choices are stocks or bonds.  Which asset class would you choose?  The conventional wisdom says bonds, but is that correct?  Let’s check the math.

Our analysis must account for inflation, because ideally you want your income to cover your living expenses, which will rise over time.  Assuming an annual inflation rate of 3%, a bundle of goods that costs you $100 today will cost you $242 in 30 years.  If you’re an optimist and you believe inflation will remain at its current low rate of about 2%, your future bundle will still cost $181.  Either way, your cost of living will just about double in 30 years.

Given today’s yield, what annual total return could we reasonably expect from bonds over the next decade?  Based on the 2019 year-end yield of the Barclays U.S. Treasury Index of 1.8%, the answer is about 2%.  Why?  Historically, the starting yield has always been a reasonably accurate predictor of the future total returns of bonds over the ensuing decade.  The chart below tracks the data for 5-year Treasurys.  The results are the same for 10-year Treasurys and longer time periods.

What about the income generated by stocks in the form of dividends?  Very conveniently for our analysis, the S&P 500 2019 year-end dividend yield was also about 1.8%.  But unlike bonds, dividends provide an income stream that grows over time—consistently so.

Behold an extraordinary chart recently updated by Lord Abbett that compares the annual income that an investor would have received each year from 1976 through the end of 2019 based on a $10,000 investment in either the S&P 500 or the Bloomberg Barclays U.S. Aggregate Bond Index.[1]  1976 was the first year of the Barclays index.

In each case, the chart assumes that the interest and dividend income are withdrawn annually and that the change in principal value is based solely on capital appreciation.  There is no reinvestment of income.

In 1976, the Aggregate’s yield was about 7.5%, while the S&P had a dividend yield of about 4.6%—with bonds generating 62% more income than stocks.  Over the ensuring 43 years, two things happened:  Interest rates declined, and dividends grew—massively so.

And though capital appreciation is beside the point of this analysis, it’s worth noting the differences in the ending values of the $10,000 stock and bond portfolios:  $358,220 and $12,263 respectively—or a difference of 29x.  In fact, based on Lord Abbett’s analysis, “99% of the cumulative total return of the Aggregate Index has come from coupon return, with only 1% from price appreciation.”

Over the last four decades, S&P 500 dividends compounded at 6%—just below the 7% compounded growth of earnings.  To keep their shareholders happy, boards of directors always seek to at least maintain dividends, but preferably to increase the dividends over time, in line with earnings growth.

Yield on cost is a measure of today’s income divided by the original investment amount.  In the Lord Abbett illustration, the yield on cost for stocks and bonds was 65% and 3%, respectively.

This, then, is the simple but powerful epiphany:  Dividends generate an income stream that grows over time.

Ultimately, the retirement income puzzle is one of trajectory, with wildly divergent—and consequential—outcomes.

The bond investor rolls the dice on the flat line of fixed income against the upward sloping curve of living costs.  At a certain point in time, the lines cross, with living expenses exceeding income.  At that point, the investor must withdraw capital to make up for the inadequate income, initiating a downward spiral in which the ever-decreasing capital generates less income each year.  It then becomes a question of which will survive longer:  the investor or his capital.

For the stock investor, the lines never cross, because dividends have historically compounded at a growth rate double the rate of inflation.  Whenever annual dividend income exceeds living expenses, capital can remain untouched to appreciate over time.

For the average investor, yield on cost is exceptionally difficult to conceptualize for three reasons.  First, it flies in the face of the conventional notion of risk, which is mistakenly equated with volatility, leading many to classify stocks as risky and bonds as safe.  A better measure of risk is the probability that you won’t meet your financial goals.  Second, it requires the extrapolation and calculation of living costs decades into the future.  And third, in the case of dividends, it further requires the extrapolation and calculation of compounded growth.

Humans have a biological need for certainty.  But with ever-increasing life expectancies and a typical doubling of living expenses over 30 years, the price paid for such certainty could be financially ruinous.  Better to enjoy the growth of income provided by stock dividends.

Narrow framing involves making decisions without considering all the implications.  In a financial context, it means evaluating too few factors regarding an investment.  In any basic financial planning exercise, one must consider how portfolio income compares to living expenses over multidecade time horizons.