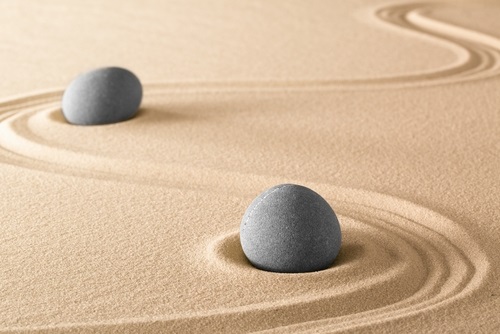 We recommend buying one domestic equity index fund and one international index fund.  That’s it.

Most equity investors own far more individual securities and funds than they need to achieve diversification.  Many large banks and investment advisers have black-box software that generates “model” portfolios for given investor profiles.  As a result, clients—and, too often, their financial advisers—don’t fully understand what they own or why they own it.  Often, such model portfolios regularly underperform passively managed index tracking funds—sometimes dramatically so.

While a small number of active managers have managed to outperform the market over the long term, it’s totally unnecessary to beat the market to enjoy the premium returns of equities.

When it comes to building a fully diversified equity portfolio, an investor merely needs to own two broad-based equity index funds.  Considering that, as of 2015, 84% of the income earned by publicly traded U.S. companies came from the top 100 firms, a sharp increase from 53% in 19951, owning index funds is the best way to share in this concentrated generation of U.S. profits.

As an illustration, consider the two Vanguard exchange-traded funds shown in the table below.  Based on their holdings as of March 31, 2017, an investor in these funds would own shares in 9,773 of the leading companies in the world while benefiting from some of the lowest expense ratios in the industry—typically 90% less than comparable actively managed funds.

Perhaps you’ve seen a lot lately about a potential impending bubble in the stock market due to investors “mindlessly” pouring money into index funds.  You might have heard that now may be the time to get tactical by switching to actively managed funds.  Let’s consider the evidence.

But is this 15-year period, the longest ever prepared by SPIVA, a fair one for comparison?  Yes.  Since the end of World War II, there have been 11 bear markets (stock market declines of at least 20% from peak value).  The last two —the dot-com crash beginning in 2000 and the 2008 financial crisis—were the most severe, with peak-to-trough declines of 49% and 57%, respectively.  (See full chart with data for all post-WWII bear markets.)

One would expect that if there were ever a time when active managers would shine, it would be in this type of environment.  But the 15-year data prove otherwise.

Hold for How Long?

The volatile, asymmetric returns experienced over days and weeks are smoother over the course of months and years.  Since 1950, the S&P 500 has produced a positive total return in 56 of 58 decade-long periods, or 97% of the time.

If one extends the holding period to 20 years, the picture is even better.  For equities, there has never been a 20-year period in the postwar era that has experienced losses.  While no guarantee of future returns, this demonstrates the importance of specifying the right time horizon to minimize true portfolio risk.  Further, it explains why it’s irrational to try to minimize losses from temporary declines.

The relative safety or riskiness of a particular security or asset class should be properly measured by the accretion or reduction of purchasing power over time, not by short-term fluctuations in price.  The only investors likely to be harmed by a temporary decline are recent retirees, and maintaining two years of living expenses in cash is the only hedge needed for this risk.

Since 1994, DALBAR, Inc. has published an annual “Quantitative Analysis of Investor Behavior” that “measures the effects of investor decisions to buy, sell and switch into and out of mutual funds over short and long-term timeframes.”

According to the recently released 23rd edition of its QAIB, DALBAR concluded that over the last 30 years, the average U.S. investor has produced an annualized rate of return equal to just about one-third of the average return of the S&P 500.  This underperformance is explained by bad timing on the part of investors, diversifying with bonds, and the impact of fees.  Once again, we see that investor behavior—not investment performance—drives the financial outcomes experienced by most investors.

Long-term perspective—the antithesis of reacting to recent information—is one of the requirements for investment success.  From that perspective, a simple approach to asset allocation—buying and holding equities—is not simplistic; it’s simply better.  And thanks to the virtues of equity index funds, which are broadly diversified, low-cost and tax-efficient, it only takes two funds to form a complete portfolio.  That’s radical simplicity.

Investment professionals love complexity, especially when it involves long mathematical equations with Greek letters.  They seek and promote sophistication to justify their profession.  And as humans, we are heavily influenced by those we perceive to be experts.  For superior investment returns, ignore concepts such as modern portfolio theory, the capital asset pricing model, efficient frontiers, and black-box-generated model portfolios.  Instead, study the empirical evidence, understand what you own and why you own it, and trust your instinctual desire for simplicity.