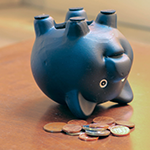 “Negative Rates Upend the World”: That was the headline for a special report from the April 15, 2016 edition of the The Wall Street Journal. And this was the feature graphic: 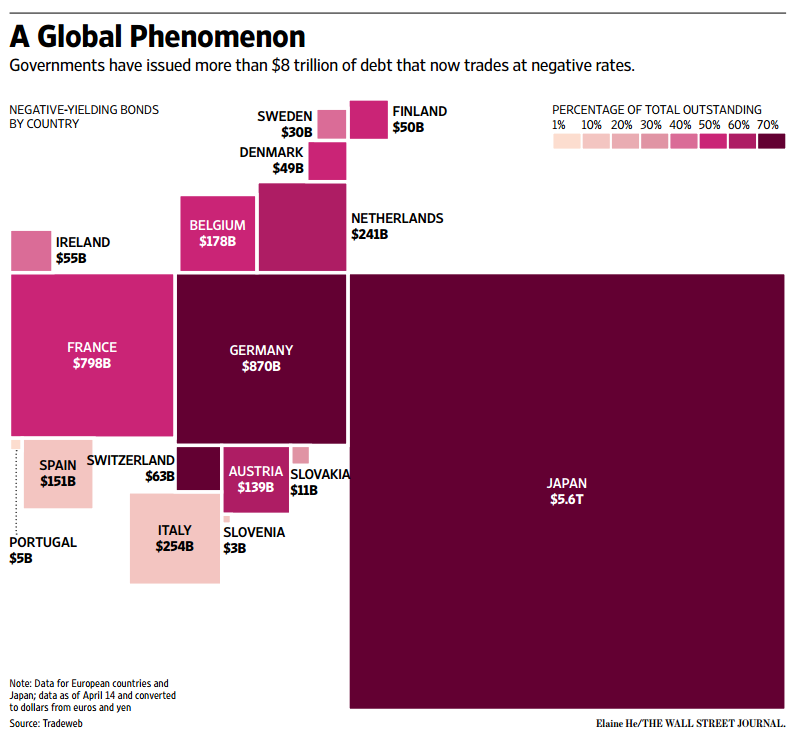 Let’s begin by defining our terms. Negative rates in nominal terms means a bond investor (i.e., lender) pays $100 for a bond, with the promise to receive, for example, $99 (or any value less than $100) in return at maturity. In other words, you know in advance that you will get back less than you invest.

The collection of articles in the Journal report is full of crackerjacks from around the world:

In an attempt by policy makers to reflate their stagnant economies, the result is that about a quarter of government bonds in Europe and Japan now have nominal yields below zero.

But let’s bring the story home to the U.S. Although the nominal yield of U.S. government bonds is still positive, by one measure the real yield, in which inflation is subtracted, fell below zero for the first time since 2012.

With a recent 10-year Treasury yield of 1.75% (as of April 15, 2016) and the latest reading of the core Consumer Price Index of 2.3%, the real 10-year yield is -0.55%. The chart below illustrates the relationship between the nominal and inflation-adjusted yields in the U.S. over the last three and a half decades.

Inflation is not an abstraction and is the main threat to bondholders. Real yields matter because they reflect the real purchasing power investors obtain from investing in fixed-income assets. With yields so low, it doesn’t take much inflation to wipe out a bondholder’s purchasing power. Consider: At the historical inflation rate of 3%, a basket of goods that costs $1 today will cost $2.43 in 30 years.

By stark contrast, equities, over any 20-year rolling period, have a peerless record of defending and accreting purchasing power through increasing dividend income as well as long-term capital appreciation.

The bear argument against stocks is that earnings are punk and therefore stocks are overvalued. With the drag from the oil sector, the Q4 2015 combined earnings (reported earnings per share, which includes non-recurring revenues and expenses) for the companies in the S&P 500 were $18.70—the lowest quarterly total since Q1 2010.

Based on “as reported earnings” estimates from Birinyi Associates, Inc., the S&P 500 trades at a price-to-earnings ratio of 18.5x, compared to a long-term historical average of about 15.5x earnings. Even at a higher P/E ratio of say 20x, the earnings yield would still be 5%—and multiples higher than bond yields. Most importantly, this type of analysis based on historic P/Es in a vacuum ignores inflation and interest rates as determinants of the relative value of future earnings—in other words, it’s a one-variable equation.

Counting only the dividend yield of 2.2%, stocks still yield 45 basis points more than the 1.75% available from the 10-year Treasury (to say nothing of the earnings growth, dividend growth and the potential for capital appreciation available from equities). So in the upside down world of negative rates, with a promise to get less than 100 cents back on your invested dollar, pick your poison. 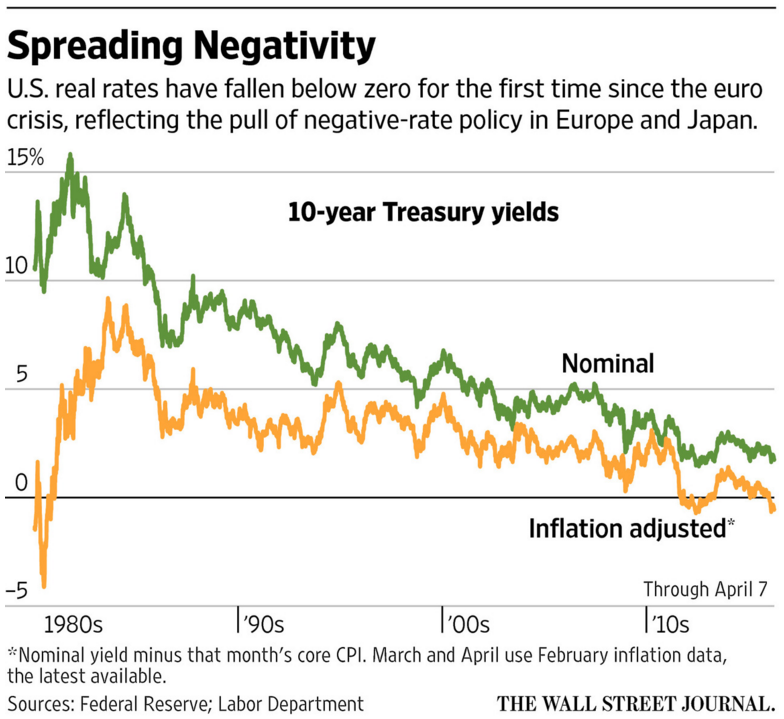