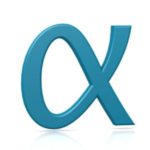 October just seems to be the month for crashes.  In this case, we’re not referring to October 1987, when the stock market experienced its single largest one-day decline ever (22% for the Dow Jones Industrial Average).  Nor are we referring to the 90th anniversary of that epic event, the crash of October 1929, when the stock market experienced an 89% decline over 35 months.  In this case, we’re referring to the unprecedented implosion and value evaporation that is WeWork.

WeWork began as a venture capital-backed office rental company.  Along the way, it became a “technology” company offering “space-as-a-service.”  Then, in what will surely go down as one of the key straws that broke the camel’s back—and an act of supreme hubris for the ages—it proclaimed in its IPO filing, “Our mission is to elevate the world’s consciousness.”  WeWork’s IPO road show imploded shortly thereafter.

Books will be written and business school case studies will be developed to chronicle the insanity.  But for our purposes, a few headline numbers will suffice:  a $47 billion valuation in January 2019 (based on its then most recent venture funding round), followed nine months later by an emergency bailout from SoftBank, the company’s largest shareholder, at a new valuation of $8 billion.  So what’s wrong with an $8 billion valuation?  Nothing, unless your invested capital was $10 billion—as SoftBank’s investment alone was.

Our cautionary tale in this essay is about the much broader holy grail of the investment world:  seeking “alpha”—defined as outperformance and measured by excess return relative to a benchmark.  Investors often try to accomplish this through so-called “alternative investments,” such as hedge funds, private equity, and venture capital poured into startups such as WeWork.

Even by Wall Street’s sharp elbow standards, the hedge fund arena historically has attracted the best and the brightest.  There is no quicker or more exhilarating way to make a billion dollars—personally.  It’s the ultimate alpha seeker’s battleground.

So how have these masters of the universe done lately in their quest for alpha?  Abysmally.  Consider the following two charts, which capture the storyline perfectly.[1]

Exhibit A is the “Proliferating Funds” chart.  The key takeaways:  Over the last 30 years, the number of hedge funds has exploded, growing from 530 in 1990 to over 8,200 in 2019 (a 15x increase).  That’s a lot of very smart people with an immense amount of capital fighting for scraps of alpha.

Exhibit B is the “Losing Ground” chart.  Since 2010, stock hedge funds have underperformed the S&P 500 by an average of 8.9% percentage points annually.  Worse, during this time period there hasn’t been a single year when these stock picking funds outperformed the market.  That’s a lot of very smart people with an immense amount of capital who, collectively, haven’t produced alpha.

Our point is not to single out the hedge fund industry as the poster child for bad performance (though we previously spotlighted the various disappointments in “Lessons from Buffett’s Bet” and  “Hedge Fund Mirage”).  Instead, it’s to highlight the general folly of seeking alpha.

Is it possible for some active managers to outperform the market, even after costs?  Yes, of course.  We know this empirically because there are some outstanding managers with the track records to prove it.  There are pockets of inefficiency and anomalies that can be exploited by niche strategies and nimble managers.  But it’s exceedingly difficult to accomplish, and WeWork’s saga is just one example of why that’s true.

Rounding out our story, in the last 30 years, inflation has increased 2x, the S&P 500 index has increased 8x, and index dividends have increased 5x (for about a 10% annual total return).  These numbers clearly illustrate how incredibly effectively mainstream equities work for building and safeguarding purchasing power over the long term—an essential goal for those planning for retirement.  With these types of historic returns, and in light of the mounting evidence that alternative investments underperform, why bother seeking alpha at all?

Optimism bias is a cognitive bias that causes someone to believe that he or she personally is less likely to experience a negative event than the population at large.  Given the weight of massive and continuously mounting evidence across all asset classes over extended time periods, seeking alpha in the financial markets is a strong form of optimism bias.