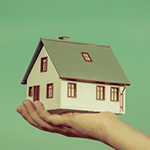 Buy land, the saying goes, because they’re not making it anymore. When demand exceeds supply, prices must rise to restore the market to equilibrium. Such is the underlying logic and case for land as an investment.

The argument is simple and appears to be airtight. There’s only one small problem with this thesis: Over the long-term, it turns out to be wrong for certain segments of the real estate market.

In a thought-provoking New York Times column (“Why Land and Homes Actually Tend to Be Disappointing Investments,” July 15, 2016), Yale economist and Nobel Prize winner Robert J. Shiller peels the onion back to reveal long-term data for land and home prices.

Unlike the data for stock prices, which have been tracked and reported with precision for 90 years, the data for real estate prices have been comparably non-transparent.

Here are the key conclusions from Shiller’s analysis of land and home prices over the last century:

In short: Over the last century, real farmland and home prices have increased an average of only 1.1% and 0.6% annually, respectively—a fraction of the 3.2% annual increase in GDP. By any measure, but particularly when compared with the about 7% real return of large-cap common stocks over the last 90 years, these asset classes have not been rewarding long-term investments. Why?

With respect to home prices, Shiller explains that the supply response to increasing demand has been overwhelming, crushing prices in the process. In the case of farmland, technological revolutions in agriculture have resulted in dramatically increased yields per acre, the result of which is effectively no net new demand. Shiller’s insights are fascinating, and the article is highly recommended.

And while, as a matter of policy, Keating Wealth Management does not make market predictions of any kind, we nonetheless feel obliged to share Shiller’s 100-year outlook:

Shelter is a physiological need; everyone needs a place to live. Moreover, there can be considerable psychic value associated with ownership of one’s primary home. There’s the additional emotional comfort: The price of a house doesn’t fluctuate wildly on a daily basis like a publicly traded stock.

Second homes or purchases of land are usually justified by the buyers as being sound—nay, “prudent”—investments (the land and structures are tangible, after all). And yet we have the Shiller data telling us that the reality is totally different—providing almost no return after adjusting for inflation. A truly prudent alternative would be to rent the second property and reallocate the unspent capital to an asset class that generates higher returns, (e.g., either bonds, stocks, or even other segments of the real estate market). So what is the explanation for this disconnect from rational behavior?

Confirmation bias is the tendency to search for, interpret, focus on and remember information in a way that confirms one’s preconceptions.

In this case, the preconception is: Investing in tangible assets in the form of land or homes is always a smart idea. Although farmland and houses have historically been comparatively lousy long-term investments based on the empirical evidence, and despite a less than optimistic long-term outlook from no less an expert than Nobel laureate Shiller, people will continue to invest in these assets because they’ll focus on the friend who just sold a house with a large gain (confirmation bias), among other reasons. If you want the asset class with the highest historic real returns, invest in common stocks. If you want a comparatively disappointing long-term investment, buy land and homes.