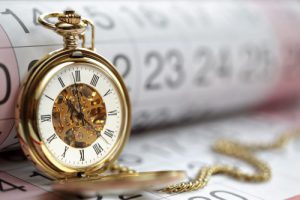 As 2016 draws to close, here is the sum total of our analysis of the U.S. stock market for the year: It was ordinary.

Ordinary? How could any sentient being describe the stock market in 2016 as “ordinary?” After all, among other things, 2016 included:

So by what objective measure can we define 2016 as ordinary? By the only standard that counts—the numbers. Consider: 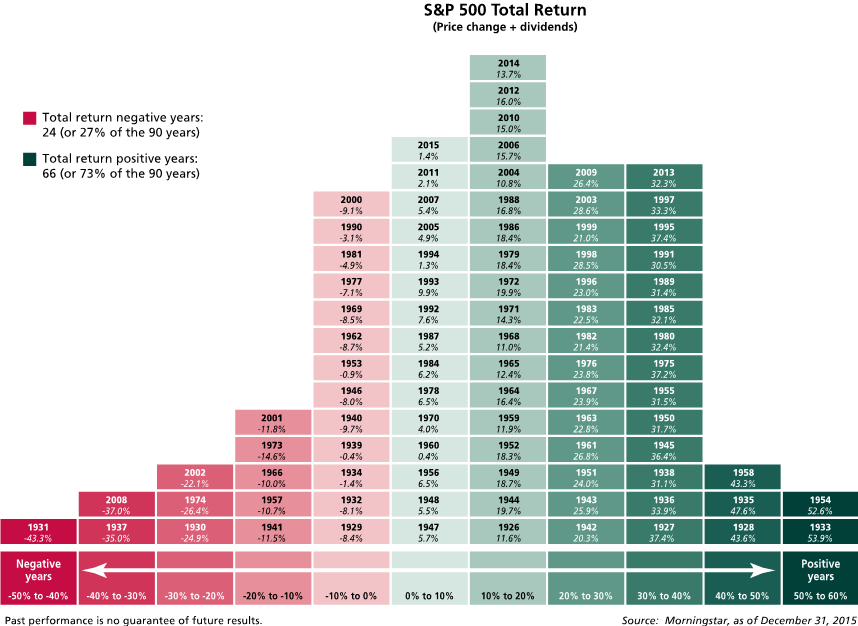 The Real Risk for Equity Investors: Emotional Response to Volatility

The problem that we face as investors is that we are human—meaning we are emotional. And the real risk for equity investors is not volatility; it’s their emotional response to volatility. We all have an innate tendency to interpret large temporary declines in the market as the beginning of the end. And when we panic, we flee. Investor behavior—not investment performance—drives the financial outcomes experienced by most investors.  Nobel Prize-winning behavioral economist Daniel Kahneman advised that, “All of us would be better investors if just made fewer decisions.”

Equities are more volatile than bonds, and the bumpy ride is the reason for the higher returns. But equity volatility is not a true risk. Volatility is merely a short-term disturbance, whereas the long-term returns from equities are enduring. Equities are a good investment because they go down temporarily and up permanently.

History shows that investors who ignore the short-term ups and downs of the market inevitably enjoy solid returns. That’s because over the long term—decades as opposed to years—the market expands more than it contracts. Surprisingly, the biggest gains tend to occur on just a few days out of the year. Figure 3 below, from Legg Mason, shows how annual returns would have been affected by being out the market during varying numbers of the top days over the last 20 years.

Figure 3: Impact of Missing the Best Days in the Stock Market 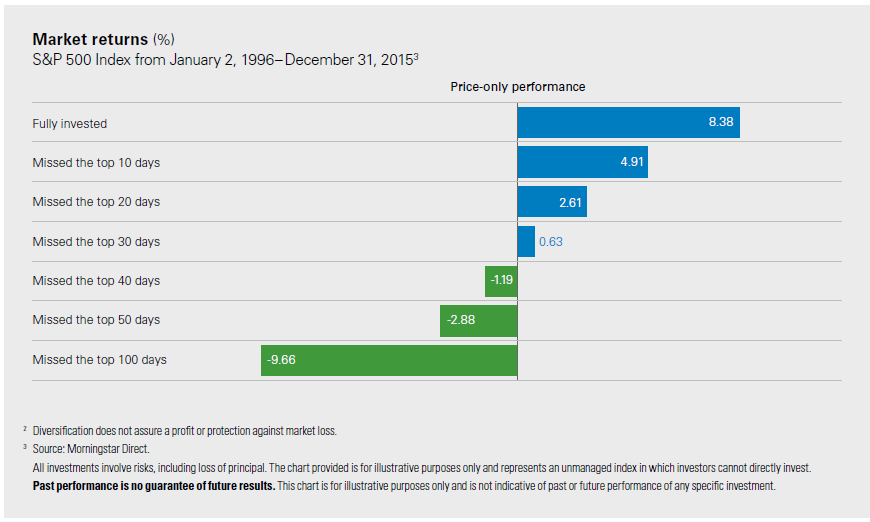 So what did you do in the first two weeks of January when the market was tanking, before and after Brexit, and before and after the presidential election? Did you sell some or all of your equities and move to the “safety” of cash? If so, how has that worked out? When did you, or will you, get back in the market?

Equities have not only produced attractive returns over a long period of time; they have produced positive returns the great majority of the time—over 70% of the last 90 years (measured on a total return basis). If there’s a lesson to be drawn from this, it’s that the most effective antidote to volatility has simply been the passage of time.

Because bear markets (characterized by a decline of at least 20%) have historically occurred once every five to six years, we’re statistically overdue for one. But no one knows when the next bear will appear. So, as an investor in equities, you’d be well-advised to take J.P. Morgan’s slogan from their current advertising campaign to heart: Think in decades, not days. It’s the best investment advice for today, tomorrow, next year, and the next bear market.

Dante’s Divine Comedy helpfully ranks a list of the seven deadly sins, placing pride in worst place. Because the field of behavioral finance is relatively young and still developing, we don’t yet have a definitive list from the academy of our worst cognitive biases as humans. But it’s safe to say that myopic loss aversion—the tendency to become more loss averse the more frequently we evaluate our portfolios—would be on any list of the seven deadly cognitive biases. An investor who is willing to evaluate the outcome of an investment in equities over decades rather than days will always find the asset class highly attractive. The converse is equally true.